Legal Issues Facing the LGBTQ Community during the Pandemic

There’s no denying the impact of the COVID-19 pandemic on everyone around the globe. It has all the more amplified the social and economic inequalities around the world. The United Nations (UN) even underscored how the pandemic has specifically hit the “poorest and most vulnerable.” Along with this is the fact that it has brought “inadequate health and social protection systems.”

As such, the lesbian, gay, bisexual, transgender, and questioning (LGBTQ) community appears to be among those greatly affected. The pandemic impact was justified by the anecdotal claims and perspectives of representatives from different countries during a dialogue presented as a report to the UN General Assembly.

Let’s take a look at some legal issues facing the LGBTQ community during the pandemic.

Even before the COVID-19 pandemic, LGBTQ communities around the world have long been fighting for their human rights. But during the pandemic, more and more human rights concerns have arisen.

In the US, for instance, the establishment of the Commission on Unalienable Rights (CUR) in 2020 has put everyone’s human rights at risk. It serves to draw the line between fundamental and so-called extraneous rights.

LGBTQ and women’s rights may be put at the bottom of the hierarchy. This may have a huge legal implication in the protection of their rights.

2. Cases of abuse in medical settings

Despite the modern world, the LGBTQ community isn’t welcomed in some countries. In fact, conversion therapy is still prevalent around the world. This practice attempts to change an individual’s sexual orientation or gender identity. This form of therapy is scientifically unfounded, which is deemed a form of torture or cruelty.

Furthermore, getting health care is now more important than ever. But there’s a scarcity in the delivery of health care due to the pandemic. Some health professionals and medical facilities can no longer accommodate patients. That is when discrimination in the medical settings can be seen, and the LGBTQ individuals most likely become a victim of discrimination. 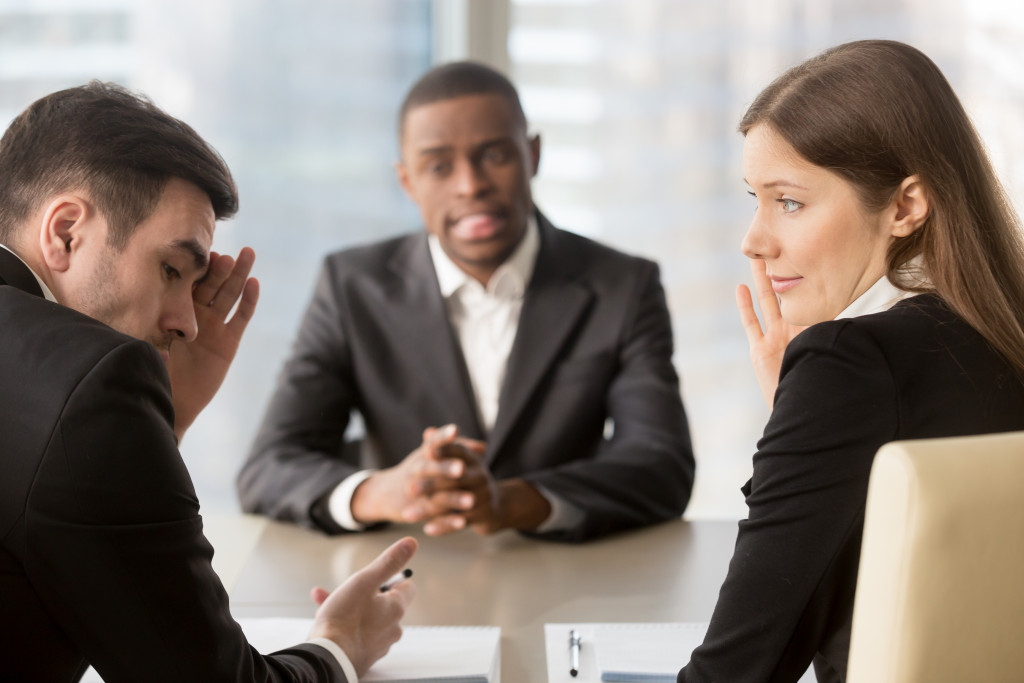 The COVID-19 pandemic has affected businesses and companies across the globe. While some businesses have gone into a temporary hiatus, a few others had to shut down for good and the rise of unemployment has been reported worldwide.

This increase in unemployment may have an implication on the LGBTQ community. In some countries where discrimination is rampant, LGBTQ individuals are most likely to be terminated from work.

In addition, these LGBTQ individuals are those working in industries highly disrupted by the pandemic. Think of industries such as restaurants and foodservice, retail, grooming, public sector education, hospitals, and sex work. Their livelihoods have been impacted.

Lastly, the pandemic has greatly affected those who are poor, homeless, and don’t have healthcare. Unfortunately, the LGBTQ community is disproportionately represented in the ranks of these people.

Even partners in the LGBTQ community end up separating during the pandemic. Some go to the extent of hiring a divorce lawyer in the midst of a global crisis. This is because of how issues like finances have arisen brought about by the pandemic.

Also, the implementation of restrictive movements can lead to unfair treatment and selective arrests in the streets. LGBTQ individuals, women, and children are most likely to be apprehended.

Keep in mind, however, that violence isn’t only physical; it can also be psychological. The socio-economic instability, pandemic stress, and anxiety, as well as pre-existing health conditions, can take a toll on the individuals’ mental and emotional well-being. The LGBTQ individuals are among those particularly prone to suffer from mental and emotional afflictions.

There’s no doubt that COVID-19 has made an impact on the lives of people, but most disproportionately so in the LGBTQ community. As reported to the UN, issues on human rights concerns, abuse cases in medical settings, employment discrimination, livelihood devastation, and domestic violence have become more apparent.

As such, it’s best to highlight the LGBTQ lives in public policy, deconstruct stigma to protect these individuals from violence and discrimination, and develop key measures to address their concerns. Despite the pandemic, everyone must be treated fairly — the LGBTQ individuals included.